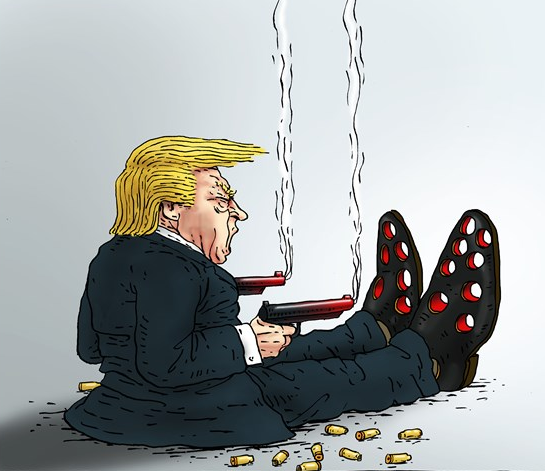 Morning all, looks like Mr Trump is back in the news again! Only fair we start with USD today…

USD weakened significantly yesterday after Trump criticised the head of the Federal Reserve for raising interest rates. Trump said he was “not thrilled” with Jerome Powell’s rate hikes and said the US central bank should do more to help him to boost the economy.

American presidents rarely criticise the Fed, whose independence is considered important for economic stability. But Trump has made reducing US trade deficits a priority, and the combination of rising interest rates and a strengthening dollar poses risks for export growth. It does appear the Trump would like to keep the USD weak in order to remain competitive. This isn’t his first rodeo and [appears to] know what he is doing, but given the USD has been in demand recently on account of geopolitical issues and the Fed’s monetary tightening policy, he might find it difficult to weaken the USD. Where there is a will there is a way…something to monitor!

Sterling steadied on Monday but was still near 14 month lows reached last week on concerns about forthcoming talks that may decide whether Britain gets a trade deal with the EU before March. We are finding this incredibly frustrating as data has been unbelievably positive, so it just goes to show how nervous the markets are. With less than 7 months to go until Britain leaves the EU, the government has yet to agree with Brussels the terms of its departure, and some hedge funds have started betting against GBP. Not a good sign. If you require a more in depth conversation re this do not hesitate to get in contact.

Kept out of trouble thus far this week, no news is good news! Will of course keep you posted.

Have a good day.