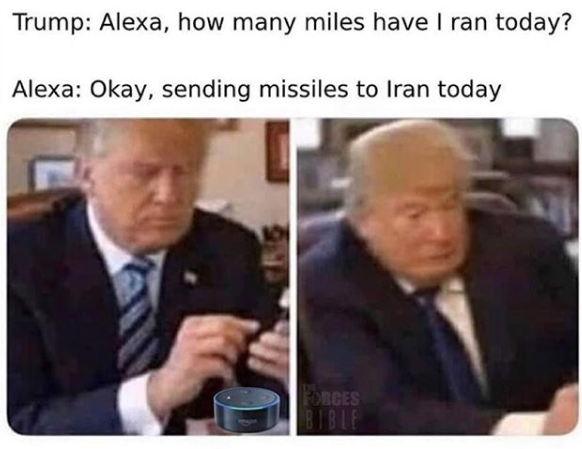 Happy New Year to you all!

Hopefully you’ve caught up from the back log over the festive period and it’s business as normal. Like the POTUS

It’s been a busy start to the year for Trump with tensions still very much at the forefront between the US and Iran. To date, Trump has only responded to the Iranian attacks with sanctions, not violence.

As a result USD has remained steady with markets again regaining focus towards the US-China trade deal which we believe will have a greater impact on USD, depending on whether a deal is reached.

A lot bubbling away which could really put the cat amongst the pigeons.

Yesterday GBP has erased early gains and fell against the USD as investors refocused their attention towards Brexit talks. EU policymakers warned Britain could ‘crash’ out of the EU without a trade deal in place by the end of 2020.

Whilst Boris has a clean majority in parliament and will more than likely get his ‘Withdrawal Agreement’ through parliament by the end of January, we fear that the EU will not adhere to our enforced timeline and that will result in some unprecedented volatility as we enter either a calm or catastrophic negotiation period.

Ursula von der Leyen, the head of the European Commission said yesterday that it would be “basically impossible” to negotiate all aspects of the future relationship between the EU and UK by the end of this year…

Special guest appearance today for the Australian Dollar. Due to the devastating bush fires we’ve seen over the festive period it really has put a strain on the Australian economy with the cost of the continued rescue efforts building up. Fortunately the weather has improved, however the biggest drop we’ve seen in the past 3 weeks almost hit 3%. Rare as AUD normally tracks USD.

Anyway we hope you have a good start to 2020 and hear from you soon.