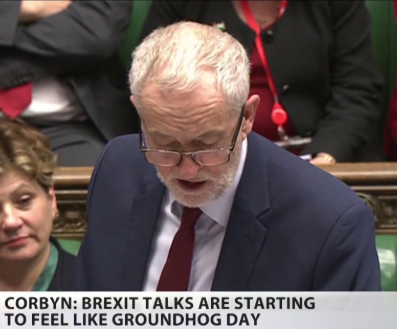 It really is beginning to feel like groundhog day, with ministers and people in power repeating statements made earlier in the week.

Point and case, Mark Carney came out yesterday to reconfirm that we have got an “uncomfortably high risk” of leaving the EU without a deal, whilst trade minister Liam Fox, put the odds of such an outcome at 60-40.

GBP has fallen below key psychological barriers against both the EUR and USD yesterday, trading comfortably around the year lows. Set to go lower? Yes, a recent polls by Reuters suggests that WTO rules could be enforced come March next year.

Getting away with under performing at the moment, with headline space being used for the above and below. Set for a busy week next week in the calendar

Trump has again threatened tariffs on more than $200 billion worth of Chinese goods. After already implementing duties on $34 billion worth of imports, his trade office is planning to impose tariffs on an additional $16 billion in Chinese goods on 23rd August. China’s Ministry of Commerce has responded in kind by announcing two phases of tariffs on the same amount of US goods, with the latest salvo hitting last night.

But as Beijing faces a slowing economy, high debt levels and a slumping stock market, the pressure is on to maintain stable, and healthy growth.

In response to Trump’s tough trade stance, the Chinese government will likely need to move more quickly than planned on structural reforms in areas such as state-owned enterprises, taxation, and income and wealth distribution. USD holding nicely.

Any questions do not hesitate to get in contact. Have a good day