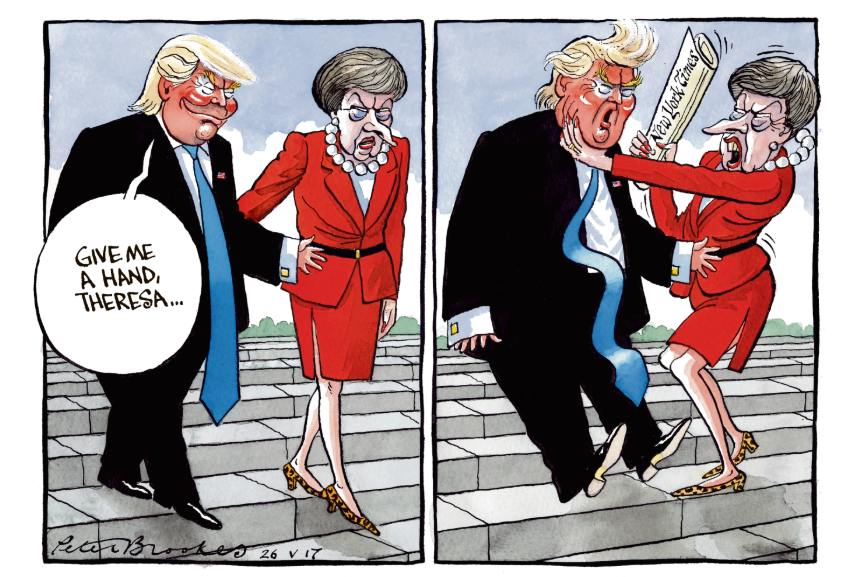 Back to the usual format, despite international trade and politics being far from it!

As the Brexit agreement stands, the UK may not be able to trade with the US.

A good example of Trump shooting from the hip? Who knows, however it really has affected GBP early this morning with a dip of 0.4 percent across the board. Mr Trump added he hoped Theresa May would be able to address the problem, but he did not specify which provision of the deal he was concerned with. Something we are going to monitor closely as our economy relies very heavily on our trade with the US.

Nothing major to report here, however the EU has lost some growth momentum but this was mostly normal and not enough to derail plans by the bank to dial back stimulus further (as per Draghi’s comments). This came after a batch of German data yesterday showing that German business morale fell by more than expected in November. Concerning as the German economy really is the backbone of the EU, however not as concerning as our predicament….

For those of you who didn’t watch the 2 hour debate yesterday in parliament it shouldn’t take too long to summarise. Nothing was accomplished but it’s very apparent that Theresa May will struggle to get this deal through Parliament, particularly without the support of the DUP. In addition a group of prominent economists said in a joint report that the PM’s proposal will lower UK GDP by as much as 5.5 percent per capita versus staying within the EU, while a “no-deal” Brexit could trim as much as 8.7 percent. Expect this to ramp up as your business quietens over the Christmas period.

Feel free to drop us a call this morning if you are concerned about any of the events which have come to a head over the past 48 hours and we’ll happily guide you through the media waffle.