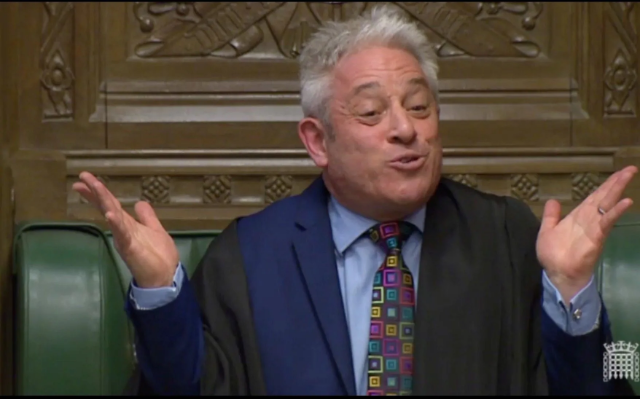 This is getting incredibly tedious…up until yesterday!

So for those of you who haven’t read the paper or turned on the TV/computer in the past 24 hours, we had a shock announcement from John Bercow yesterday afternoon.  He essentially stated that Theresa May can only bring a Brexit deal to the table which is fundamentally different to the previous 2 ‘deals’ she has brought to the House of Commons.

Why has he done this?

What impact will this have?

Part of us really wants to stick our neck on the line and tell you this has forced Theresa May’s hand to run down the clock to a ‘hard Brexit’ a week on Friday; in fact we would go as far as saying this is our gut instinct. As it stands this is what will legally happen and as a result we will see unprecedented GBP weakness, thus expect GBPEUR and GBPUSD to be down 5 percent. However there is a real chance that Theresa could come back from the EU with an extension or dare we say it, another deal *head in hands.* If that’s the case expect the market to stay static and just re read the previous blogs for an update as it will be the same old story!

Risk to your business?

Massive if you don’t do anything. If you’re in a position to purchase forward or stockpile some currency on the spot we suggest doing so. The downside risk of GBP falling through the floor far outweighs the upside gain of it going higher. You cannot ignore the fact that GBP is 2 year highs vs EUR.

For once no fake news! However reports of a single interest rate hike rather than 2 have negated the good news below from the main man

Looking forward to hearing from you, have a good day