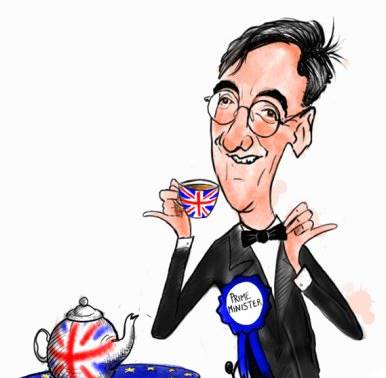 I hope you all had a good weekend and enjoyed the second heatwave.A ‘top tier news’ break for the economic calendar from Monday to Thursday this week will result in headlines being filled with playground politics.

Broadsheet papers this weekend were filled with worrying articles increasing GBP’s ‘fear gauge’ amid jitters ahead of Brexit. The gauge has more than doubled from 0.7 to 1.65 since mid-June – its widest in 18 months. As a result businesses are scrambling to protect themselves against a plunge in the value of the pound if Britain crashes out of the EU in March.

Adding to the woes, GBP slid quite significantly on Friday after the Bank of England governor Mark Carney said the risk of a no-deal Brexit was “uncomfortably high” driving GBP an average of 0.3% lower across the major currencies. In addition, an increase in forward purchasing suggests businesses dealing internationally are preparing for the worst.

“It’s likely to be a move of similar magnitude to what we saw after the referendum,” said Simon Derrick, chief currency strategist at BNY Mellon, referring to the 12% slide we saw in GBP on June 24th 2016 should we see a hard Brexit come March.

However amongst the woes of a ‘hard Brexit’, lets not forget a softer Brexit could see GBP rally back towards pre Brexit highs…something which is becoming less likely as each day passes.

As mentioned in the opening paragraph the calendar is awfully light this week, so expect EUR to tread water for the foreseeable. Interestingly EUR was the worst performing currency last week, just behind GBP due to a lacklustre Q2 Eurozone GDP report, which showed growth was slower than anticipated. All eyes on GBP unfortunately.

USD is back at at yearly highs against GBP. Brilliant for exporters, no so for you importers.

The trade war concerns are supporting USD with no sign of Trump’s latest fracas against China dulling down. Instead of moving toward any type of resolution, both the US and China have rolled out new threats of tariffs over the past few weeks. If China follows through on their latest threat, nearly 90% of all US goods heading to China will be subject to additional tariffs. Interesting to see how this pans out this week.

As always, any questions ask away.

Have a good day.